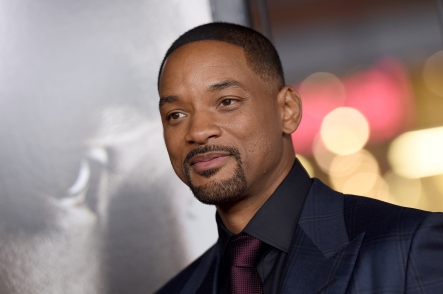 After watching “Concussion” on Christmas day with my daughter, Cassie, and my son-in-law, Corel, I meant to sit down and craft a very praise-worthy article about Will Smith’s Oscar-worthy performance, but Keyaira Kelly of MajicAtl beat me to it. I snoozed; I lost.

But yes, Will Smith was so mesmerizing in his portrayal of my brother-from-another-mother, Bennet Omalu, that I forgot I was watching Will Smith act. Granted, there was no facial resemblance, but Smith was in his element and in the moment from the opening act to the very last word and scene. He personified Omalu, and he did an exceptional job imitating a Nigerian accent that, again, I forgot that I was listening to an American “born and raised…”

Yes, I truly meant to title my blog post, “Will Smith Shines In ‘Concussion,’ His Most Oscar-Worthy Role To-Date,” but Ms. Kelly titled her article as such. At a time like this, I wish Yahoo! Voices is still alive and functioning as that objective media outlet where I can publish my journalistic efforts. Alas.

I came away from the movie with more respect and appreciation for this seasoned actor who has done more in less than twenty years (“Fresh Prince”–September 10, 1990, to May 20, 1996, movies galore, eminent director, rap artist, father, husband, and so on) than most actors/actresses do in twice that length of time, and he is still waxing strong.

That portrayal of the former Allegheny County (Pennsylvania) coroner details how former colleagues of Omalu are attempting to undermine his credibility. He is that outsider, that foreign-born person who thinks he has the audacity to make waves.

The Associated Press reports that in a phone call, the forensic pathologist angrily defended his work and attributed the criticisms to “people historically who have made a systematic attempt to discredit me, and to marginalize me.” According to Euroweb, the neuropathologist “was even accused of practicing voodoo” because of his brilliance and because he is African.

Smith dazzles in his portrayal. Omalu electrifies in the comfortable truth-skin he wears with great aplomb. Of course, the National Football League (NFL), a Goliath in every way imaginable (and even unimaginable), could not crush that aplomb, as Omalu refuses to back down but comes back with the stinging one liner: “Tell the truth!” He and Smith may not have gotten the NFL to tell the truth, but they brought attention to a most-crippling condition, chronic traumatic encephalopathy, CTE, that devastated its players and their crushed families.

Nevertheless, the best is yet to come for Will Smith and for Dr. Bennet Omalu whose full name is Onyemalukwube: “he or she who knows must speak.” I hope Omalu continues to challenge his students at University of California, Davis, and the rest of the world to “Tell the truth!”

One thought on “Smith and Omalu in “Concussion:” A David-Goliath Story”